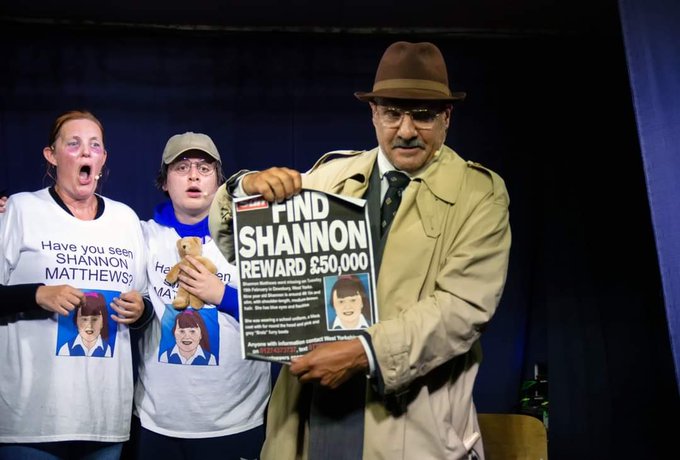 Foul-mouthed mother from hell Karen Matthews is fed up being a nobody until she hatches a cunning plan for a shot at the big time.

Hen-pecked common-law husband Craig Meehan has a secret interest that nobody knows about.

Borderline special needs uncle Michael Donovan just wants a bit of company and a couple of quid for some baccy.

Stereotypical Yorkshire copper Detective Inspector Radgitt faces a race against time to get to the bottom of this case and find the missing girl, Shannon Matthews, aged 9.

This is Shannon Matthews: The Musical, an irreverent, potty-mouthed, black comedy romp through one of the most bizarre news stories of this century, via the warped imagination of Kunt and the Gang, the songwriter behind The Kunts’ recent top 20 hit singles Boris Johnson is a Fucking Cunt, Boris Johnson is STILL a Fucking Cunt and Prince Andrew is a Sweaty Nonce. The production is being brought out from under the bed base by Yorkshire’s own Tuppence Ha’penny Theatre Company.

Shannon Matthews: The Musical re-imagines an even larger-than-life, delusionally confident Karen Matthews as she sets off on her quest for fame by masterminding the fake kidnapping of her daughter, aided and abetted by a supporting cast of massively dysfunctional men. Is this suitable fare for comedy? Rightly, and thankfully, that will now be for the audiences to decide, following two venue cancellations and a concerted effort to get the show banned by online Karens on the Yorkshire Live Facebook page.

Shannon Matthews: The Musical features 11 original songs including Can’t Work, Wont Work, I’ve Got A Plan (Based On Maddie McCann), Different Dads and Shannon Ain’t Dead (She’s Under My Bed), and was originally released on audio CD and download in 2010, pre-dating the BBC TV drama The Moorside by 7 years.

Not for the easily offended! 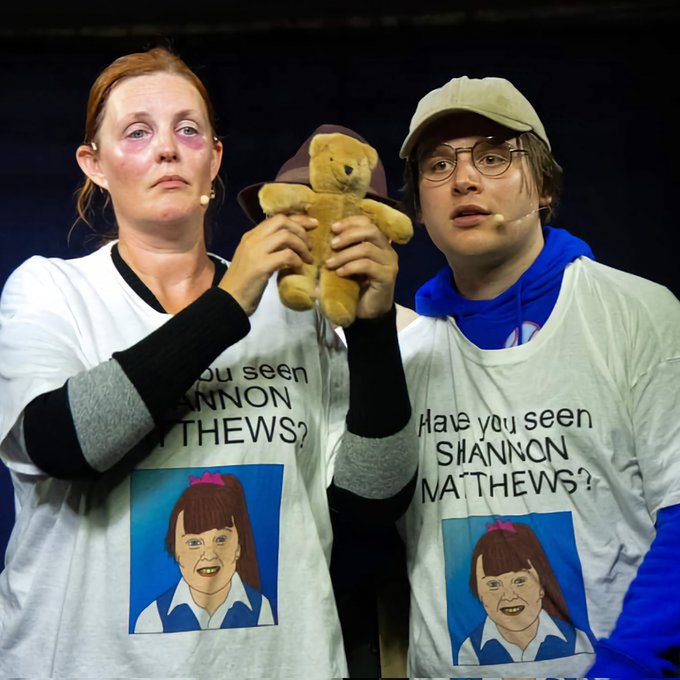 WRITTEN BY: Kunt and the Gang

Non-exhaustive list of Press for Shannon Matthews The Musical

Review - Get Your Coats On
***** "You'll feel awful as you cackle throughout."

Mumsnet
"I'm not easily offended but..."

Some Quortes for Shannon Matthews The Musical

"The musical should have never been allowed by any authority around Britain, and it is a disgusting and evil act by them."
Ammar Anwar, Desbury West Councillor

'The last time I laughed so hard at a musical with such crude and offensive humour, I'm talking my jaw and cheeks hurting from laughing too much and tears streaming down my face, struggling for breath, was The Book Of Mormon."
Ben Rutherford on Facebook

"I'm not going to be outraged about something I haven't seen."
justfiveminutes, MumsNet user

"Hopefully no one will go and see it."
clickychicky, MumsNet user


"This is a sick joke... why would anyone in their right minds go to see it?'
Janet Ayre on Facebook